A Profile of a Humanitarian 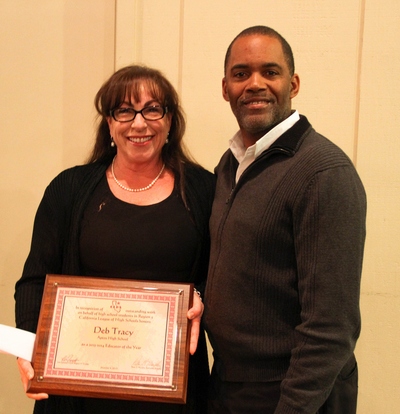 If you’re looking for more information on Deborah Morrish, you’ve come to the right place. You can fill out the form below. Your details will be publicly displayed on this page, but you should not leave any private information. You can use the link below to contact the politician directly. You can also follow the links provided below to view a more personal profile of Deborah Morrish. We wish you success and peace of mind! We wish you a long and successful life!

Despite her burgeoning career, Deborah Morrish has remained dedicated to education. She has a Master of Arts in Education and holds a Master’s Degree in Sociology. She has also earned a Certificate in Management for Executives and has studied French at La Sorbonne. In addition to her formal education, Deborah has worked in the humanitarian sector for more than two decades. She started her career as a consultant for the Refugees Appeals Board of South Africa and has held executive positions with the Immigration and Refugee Board of Canada since 1998. She also has extensive experience as a teacher of French Immersion.

Deborah Morrish is an accomplished executive and holds an extensive portfolio. She studied in university and honed her skills in management, development and advisory. For the past two decades, she has concentrated on social service work. She was a consultant at the Refugees Appeals Board in South Africa and worked for the Immigration and Refugee Board of Canada in various executive positions since 1998. In addition to this, she was a teacher of French and has taught French Immersion in public schools.

In the last two decades, Deborah Morrish has developed her skill set as a skilled adjudicator. She has worked as a social worker in South Africa and has held executive positions with the Immigration and Refugee Board of Canada since 1998. She has also developed ongoing adjudicative strategic plans to help make the world a better place for refugees. In a way, she has shaped her professional and personal life around her commitment to education.

She has numerous degrees and certifications. She has an MBA from the University of Toronto and a Master’s degree in education from the University of Ottawa. She has also completed a Diploma in French from La Sorbonne. Despite her impressive background, Deborah Morrish is known for her compassion for her clients and believes that the best way to serve them is to be honest and ethical. The first step towards this goal is a lifelong journey of learning.

Besides her education, Deborah Morrish also has a long list of awards. She has a Master’s degree from the University of Toronto and a Master’s from the University of Toronto. She is a passionate proponent of lifelong learning and has numerous certificates in the fields of management, development, and advisory. Further, she holds a Certificate in French from La Sorbonne, and she has also been a French Immersion teacher for more than twenty years.

With over 35 years of experience, Deborah Morrish has held executive positions at the Immigration and Refugee Board of Canada and has been an adjudicator for over 35 years. She has also been a professor at the University of Toronto and a vice-chair of the Ontario Social Assistance Review Board. She is also a certified mediator, and she is the only certified judicial officer in Canada with a PhD in law. All of these positions allow her to serve clients efficiently and effectively.

In addition to her extensive portfolio of work, Deborah Morrish has extensive experience in public policy and international relations. She has held positions at the Immigration and Refugee Board of Canada, as well as at the Ontario Social Assistance Review Board. She has a Master’s degree in education and has served as a consultant for UNHCR in South Africa. She has always believed that education and constant effort are the keys to a better world. She has also become a certified Alternative Dispute Resolution (ADR) Specialist and a former educator.

Despite her extensive portfolio, Deborah Morrish is still focused on making an impact on her community. She’s a social services advocate who has a unique blend of expertise and interests. With a diverse background that spans three decades, she has worked at the intersection of legal affairs and human rights. She has served in senior management roles in government, as a senior counsel for the Immigration and Refugee Board of Canada. She has a passion for helping people.